During the 20th century, one of the most famous family names in the English glamorous highclass society was Mitford. Why? Because Baron Redesdale, Mr Freeman-Mitford had 6 charming daughters, each of whom was unique of her kind. 6 sisters- 6 destinies: so different and so extraordinary. That the whole world was following all the events in their lives. These beautiful ladies were the inspiration for a great number of artists: writers, film directors and painters. Success and failier, romances and intrigues, books and songs, manifestations, fashion and much more- the history of the Mitford family has it all. 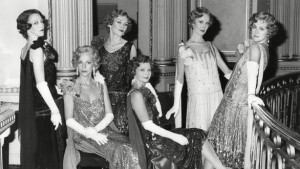 Mitford family is concidered to be one of the most important families of the 20th century. The parents of Mitford sisters were aristocrats: father, David Freeman-Mitford was an heir of the landed gentry family, and mother, Sydney Bowles, was the dauhgter of the founder of the famous «Vanity Fair» magazine. The family also had a boy, called Tom, but he died during the World War Two at the age of ???, so the history remembers only the 6 female members of the family, There is a number of books and films about the Mitford sisters, such as «Bellamy’s People» and «Mitfords: Letters between 6 sisters» by C. Moseley. 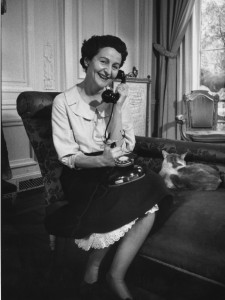 Nancy Mitford was the eldest child of the Mitford family. She made close friends with a number of talented, and not so talented, famous individuals, such as Ewelyn Waugh, very soon after she started
going out. She discovered a talent of writing and became very famous for her novels «The Pursuit of Love», «Noblesse Oblige» and «Love in a Cold Climate». There was a soap opera made based on the last novel mentioned. It might look old stylish nowadays, but is very charming. If you would find it too old, try a film released in 2008. Nancy also was a successful journalism. A lot of readers were attracted by her wittiness and humor. Her private life wasn’t very successful: she divorced her husband Peter Rodd and moved to Paris after the World War II, where she spent the rest of her life. She was such an interesting person by herself, that there was a documentary film produced, dedicated to her, called: “ Nancy Mitford:”A portrait by her sisters”.

The second daughter was Pamela. She is remembered as the most private person of the Mitford family. She lived a calm life, managing the estate and growing and cooking her food. The only ‘gossip’ we know about Pamela is that she had a dalliance with the poet John Benjamin.

The third daughter was Diana – an active beauty. Bryan Walter Guinness, the heir of the Guinness fortune, fell in love with her and they got married in 1922 against the parents wishes. Bryan and Diana were part of the Bright Young Things group. Evelyn Waugh, one of Diana’s close friends, dedicated his famous novel “The Vile Bodies” to Diana and Bryan.

The couple had 2 children, but in 1932 Diana left Bryan for Oswald Moseley, a leader of the British Union of Fascists. This fact strain the relationship in the family. Another Mitford sister, Unity, decided to meet with Diana and ask her and her man about the fascist ideology. She was extremely excited about it, and moved together with Moseleys to Germany. The Father of the family hated fascists. Jessica, another Mitford sister, was a communist, who denounced her family’s privileged background.

So family split into two groups, when Father prohibited the members of the family to keep in touch with Diana and Unity for a while, but Jessica would never speak to these two women again in her life. So Diana and Moseley got married in Germany in Joseph Goebbels’ house with Adolf Hitler as a special guest. During the World War II the couple was imprisoned for their fascist political beliefs. After the war, Diana fought to regain popularity in Europe, and was very successful being the columnist for Tatler. Later on, she moved to Paris, as her older sister Nancy did. 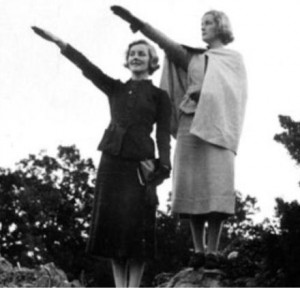 Returning back to a fascist, Unity Mitford, the fourth sister, we must mention the most important things that happened in her short life. She was a very right-wing political, since the young age. At it was already said she moved to Munich with Moseley and Diana, and there…she fell in love with Hitler. They became close friends, mostly, because her middle name was Valkyrie and her close grand-father’s friend was Hitler’s idols, Richard Wagner. In 1939, before the War started, Diana and her husband moved back to Britain, while Unity decided to stay in Germany. So when the war started, Unity couldn’t decide which side she wanted to take, so, being in dispare, she decided commit suicide. Diana gave an interview in 1999, where she said: «She told me that if there was a war, which of course we all terribly hoped there might not be, that she would kill herself because she couldn’t bear to live and see these two countries tearing each other to pieces, both of which she loved.» So she decided to kill herself in the English Gardens in Munich with a pearl pistol, which was offered to her by Hitler as a present. 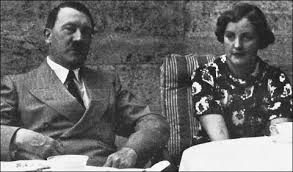 She shot herself in the head. She didn’t kill herself, but went to the hospital. Hitler visited her, despite the on-going war and after that visit arranged her transportation away from Germany. So she was transported to Bern, Switzerland, in a very bad state. Her sister, Deborah, said about her: «We were not prepared for what we found – the person lying in bed was desperately ill. She had lost two stone [28 lb, or 12.6 kg], was all huge eyes and matted hair, untouched since the bullet went through her skull. The bullet was still in her head, inoperable the doctor said. She could not walk, talked with difficulty and was a changed personality, like one who had had a stroke. Not only was her appearance shocking, she was a stranger, someone we did not know. We brought her back to England in an ambulance coach attached to a train. Every jolt was agony to her.” Her family got the permission to take her back home, to England. Lying in a hospital in Oxford, she fell in lover with the RAF Pilot Officer, so he was moved very far from home, to Scotland, so Unity Mitford won’t cause any problems. Everyone though her death would be as extraordinary as her life, but it wasn’t so. She died very soon after the War ended on 1948, from the meningitis. Her health was very weak after her suicide attempt, as the bullet remained in the brain, because doctors decided that it was too dangerous to take it out.

Jessica- a left-wing politician and writer. So different from all the sisters, but as active and energetic as all the others. Jessica’s nick-name was “ the red sheep of the family”. She and her cousin, Esmond Romilly, actually fought fascism during the Second World War in Spain. Romilly got missing in action during that war. So Jessica moved to United States. Her energy never ended. She was involved in the Civil Rights Movement in America during the 50s, was writing very popular books, taught singing and sang herself, organizing the band, called Deca and Dectones. The most famous book, that she wrote was “ Thr American way of death” , which became bestseller in 1960s. She was an ispiration for a writer and editor Peter Y. Sussann, who edited a book about her with her letters included, called “Deca”. 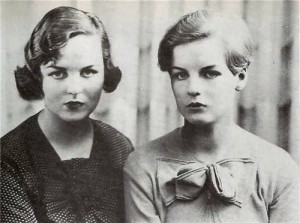 (On the Picture (from left to right) Deca and Debo: Jessica and Deborah)

The youngest and, probably, the happiest daughter in the family was Deborah. In a young age she married Lord Andrew Cavendish. His father was the Duke of Devonshire, and after his death in 1950, he gave the family the famous Chatsworth to live in. This mansion is extremely famous for its beauty, because of which a lot of movies ( “The Dutchess”, “Pride and Prejudice”) were filmed there and famous auctions, such as the Sotheby’s auction took place. Deborah was responsible for all of the restorations in Chatsworth. A lot of people think that due to her style and caring nature, the house is often voted the UK’s favorite stately home. Deborah was the last of the Mitford sisters to die (2014), which remarked the end of the Mitford’s family famous affairs. 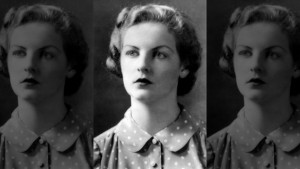 After reading through the biographies of the 6 ladies, a question arises – What did they parents do to bring up such witted and a bit crazy ( in a good way) children?! How outstanding the family is! How in one family would fit such a diversity of characters, that can be rarely found in the same wagon on a long-distance train? The British gloss of the roaring twenties stayed with these women till the end of their days. Even today, the memory of the Mitford sisters is always fresh, bright and smart. Still there are some of Mitford descendants left, so the world shouldn’t relax! A lot of Mitford sisters’ grandchildren became famous in different spheres: in modeling, fashion, politics and writing. 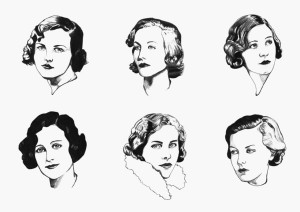