When we talk about the artist, who’s creative journey had come to an end, we can go in depth of any period of their life-span and analyze the concrete segments of their career. No doubt, every genius has his own reason to create

But what if the artist hasn’t put a coma in their life-long sentence, can you fully analyze the thesis of their life?

As we never know what the next word of a craftsman is going to be, I doubt it. Most likely, we should just follow the flow of the artistic energy they radiate and make our judgments based on the emotions we receive from the artist’s creations and the impact their works make on this current moment. 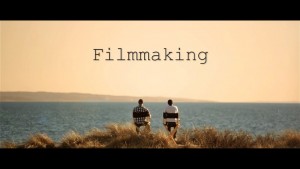 Laura Poitras is more than just a film director or a journalist. She is the icon of the future generations.  Ambiguous and artful: we don’t know much about her private life and the only intel we receive is just rumors that can’t be taken seriously. Yet, they create a certain mysterious aura around this secretive woman. This lack of private interviews or simply general info about her life, make her movies speak for herself even more significantly.

The little things we know about Poitras’ private life is that she comes from a wealthy family and she is the second of three daughters. We also know that she wanted to be a chef, but San Francisco changed her POV (point of view – abbreviation often used by the filmmakers). Curious individuals can find some extra info about her sisters’ career from Wikipedia, but that’s not enough, right?

As many others, I was introduced to Poitras’ cinema world by “Citizenfour”. It was the first documentary in my life that was so smooth, you could have mistaken it with a narrative. There was everything: the relevance of the topic, the drama of the main character, the style, the tension, the danger and the insecurity of the current moment. I got so impressed, I watched the other parts of the Trilogy, which has no specific name (“Citizenfour” is the last part of it)…for some reasons.  After that I watched the rest of her earlier works. 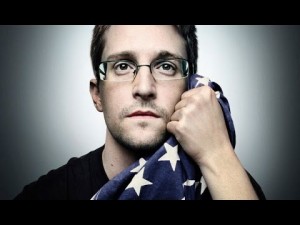 I would have stayed a regular silent fan of Poitras’ energetically affective documentaries, if 2 years after the whole Snowden thing, this craftsman WOULD NOT 🔥 explode the whole world with her new masterpiece that discloses WikiLeaks and its founder. The main characters, the theme and the process of creation – everything is a particle of something very dangerous.

The name of the “explosive” was “Risk” – a symbiosis of scandal and delight in the world of documentaries. Making a movie about Jullian Assange is already a challenge. But Poitras confronted it and succeeded: this movie is one of the rare cases when the character is developed completely with all the positive and negative sides, with all the habits and unconscious moves – not every writer has enough courage to do it with the main characters of their novel.  Laura had a lot of luck, because Assange, being her close friend, gave Poitras no censorship of footage, which he further regretted a lot. (“The Risk” made his relationship with the authorities all around the world even worse…if that’s even possible.) And the fact that Laura Poitras didn’t meet Assange’s demand to get rid of 2 multivalued episodes of the movie, confused and excited a lot of her followers. Maybe my approach towards friendship is very “Russian”, but such a move made me think that Poitras personality is as dubious as the personality of the main characters of her last movies. Still, you can’t underestimate a very good and important feature that is embroudered with a silver thread throughout her works: Laura Poitras is the one who would sacrifice anything in the manifestation of her own blessings, which is bare naked truth in the documentary genre. 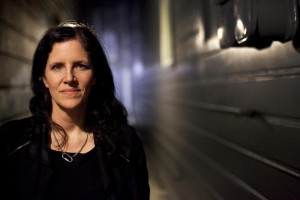 Not a long time ago Poitras collided with Charlotte Cook, another brave woman – a writer and a producer. This collaboration gave birth to a Production of short documentary units called “The Field of Vision”. Once these brave women succeeded in showing the world from their own perspectives, they have decided to give a chance to other moony enthusiasts to do it. Can you imagine sending your short film (it has to be up to 5 min) and receiving an invitation from these documentary divas to collaborate? Even the thought of it produces goosebumps all over my body.

If you’ll be lucky enough to go to Berlin (After watching “Atomic Blonde”, I’m obsessed with this city.), you might meet her somewhere in a grocery store or library or, maybe hairdressers? Am I dreaming too much about it? I definitely am, but for sure you also will want it to happen after meeting her art.